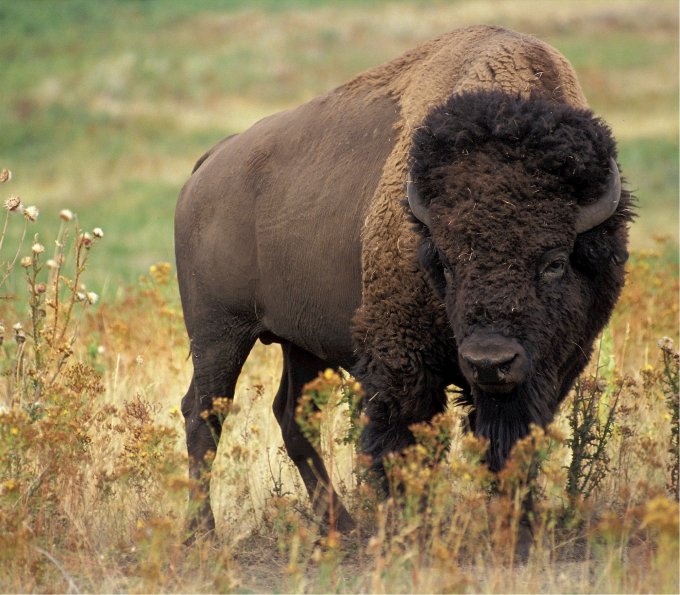 The American bison or simply bison (Bison bison), also commonly known as the American buffalo or simply buffalo, is a North American species of bison that once roamed North America in vast herds. Their historical range, by 9000 BCE, is described as the great bison belt, a tract of rich grassland that ran from Alaska to the Gulf of Mexico, east to the Atlantic Seaboard (nearly to the Atlantic tidewater in some areas) as far north as New York and south to Georgia and, according to some sources, down to Florida, with sightings in North Carolina near Buffalo Ford on the Catawba River as late as 1750. They nearly became extinct by a combination of commercial hunting and slaughter in the 19th century and introduction of bovine diseases from domestic cattle. With a population in excess of 60 million in the late 18th century, the species was down to 541 animals by 1889. Recovery efforts expanded in the mid-20th century, with a resurgence to roughly 31,000 animals today, largely restricted to a few national parks and reserves.  – Wikipedia 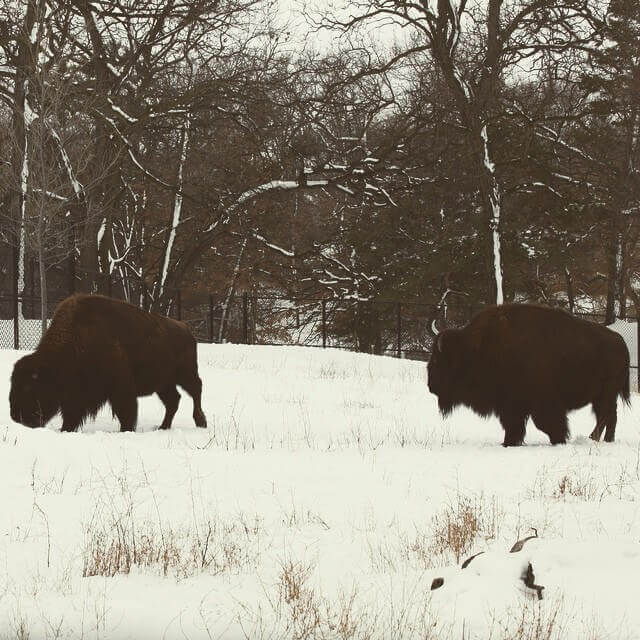 Located on Elgin’s east side you can see these beautiful animals up close and personal! On the last Saturday of every month, you can feed the bison, white tail deer and elk on the 110-acre Lords Park Zoo. You’ll have the chance to be among the dozen people who join a handler on their morning feed run.

Because the number is limited, anyone who wants to partake is encouraged to sign up early and are able to choose the month they want. Learn more and sign up! 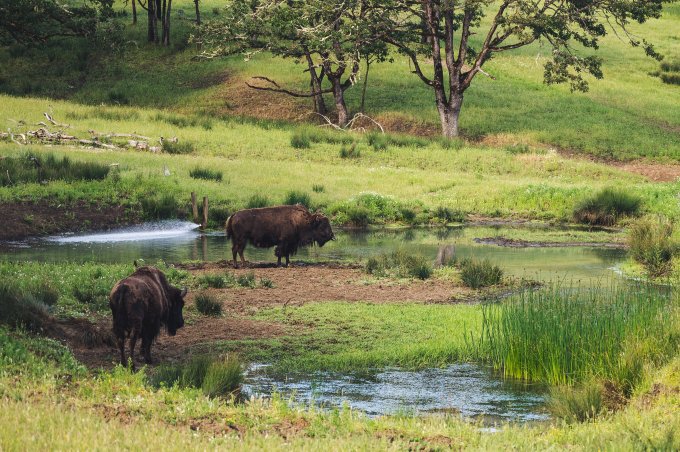