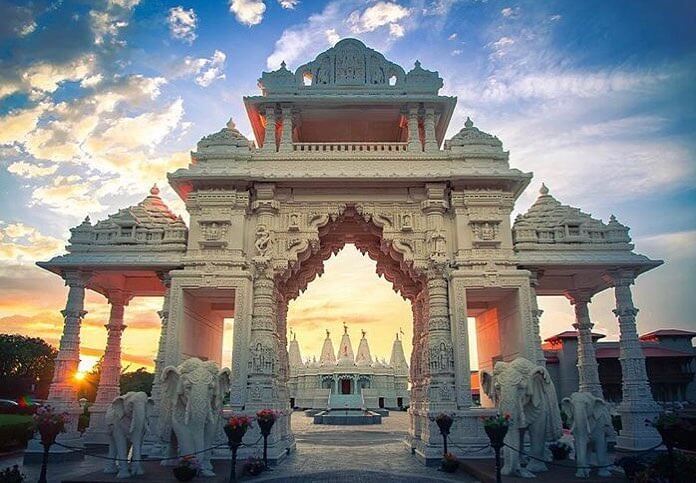 The BAPS Shri Swaminarayan Mandir is a traditional Hindu place of worship. Completed in 2004, this architectural marvel was built in the traditional style using hand-carved Italian marble and Turkish limestone and sits on an expansive 27 acres. BAPS encompasses: the Stone Mandir, the Wooden Haveli and Understanding Hindu Dharma Exhibition.

Mandir:
The Mandir is a place of worship and prayer for followers of Hinduism. The structure itself is built according to the Shilpa Shastra, a collection of architectural treatises that have been an integral part of Indian architecture and engineering for thousands of years.  The sacred images and ceremonies of worship in the Mandir form the very core in elevating the soul to the pinnacle of God-realization according to Hindu philosophy. Swaminarayan Mandirs, worldwide, fulfill the ancient and lofty concept of the Hindu tradition of Mandirs.

Haveli:
Adjacent to the Mandir is a unique cultural complex – an intricately designed, traditional wooden Haveli. The Haveli represents a genre of traditional Indian architectural structures that were developed during the Rajput period, in the 15th-19th centuries, specifically in the western Indian states of Gujarat and Rajasthan. Characterized by a central open courtyard, the Haveli showcases the immense woodworking skill of Indian craftsmen. It is evident in the stunning array of ornamental and symbolic motifs that adorn many brackets, pillars, arches, and balconies.

Understanding Hinduism – A Unique Exhibition:
Walk through the beginning of civilization; learn about the history and beauty of Hinduism.
‘Understanding Hinduism’ is a well-researched pictorial presentation of facts, figures and information. For the novice or the scholar, the exhibition is inspiring and enlightening.

Souvenir Shop:
The Souvenir Shop is located in the left foyer of the Haveli, flanked by a large sky-lit courtyard. It is filled with a wide selection of books, postcards, CDs, DVDs, herbal products, and gifts for all ages, tastes and budgets. 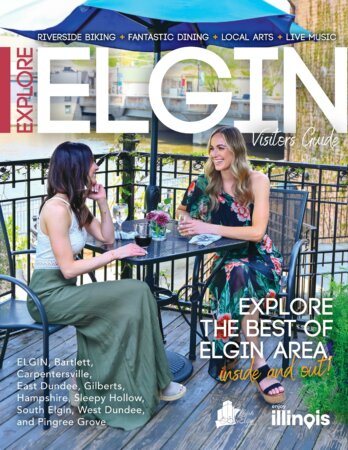