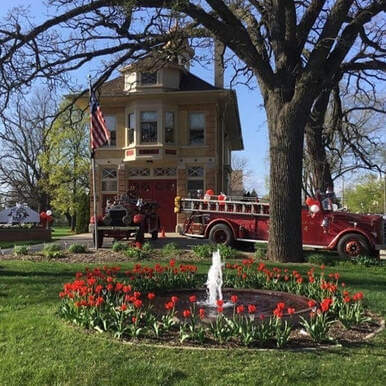 In 1990, a small group of individuals met to discuss the future of Elgin’s last Fire Barn, built in 1903, which was scheduled to be taken out of service.  It seemed that the logical solution was to use the Fire Barn to house the city’s collection of fire-related memorabilia.  This solution would allow the building to be viewed, as well as the collection, which had been stored in the basement storeroom of Fire Station 1.

By August of 1991, the group had been successful in obtaining national recognition for the building by having it placed on the National Register of Historic Places.  A short time later it became the second official City of Elgin Landmark.  By fall of 1991 the Museum Board had incorporated and by-laws, as well as a museum policy had been adopted.  The main focus of the group had shifted from saving the Fire Barn to organizing into a viable museum.  The Board has taken on the role of administrator and operator of the Elgin Fire Barn No. 5 Museum.

The board is representative of the grass-roots support that began over 20 years ago.  With the onset of Corporate fundraising it is the hope that the enthusiasm will be contagious and the Fire Barn No. 5 Museum will thrive. 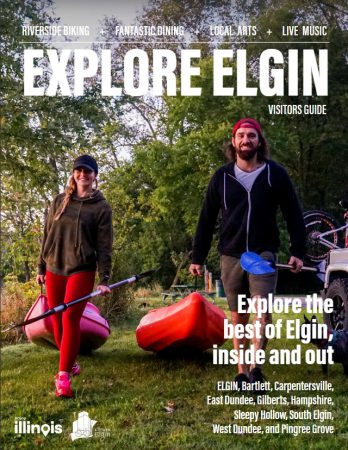